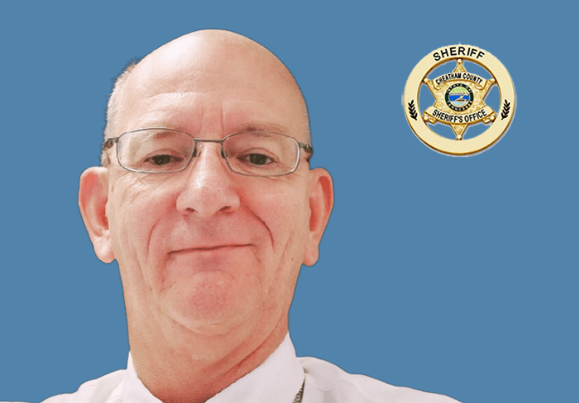 THE BEGINNING OF THE JOURNEY: 9/11

For many Americans, September 11th was a watershed moment. It changed how we viewed travel, national security, international relations, and much more. For Ken Miller, the event changed his commitment to serve others. He had already served in the military and was in law enforcement on a part-time basis, but the 9/11 tragedy compelled him to do more for others. He wanted to serve people outside of his “little part of the pie”, referring to his family and close ones. He felt like he would be “wasting a gift” if he did not answer the call to serve in a greater capacity. He had always been about giving back to his community, but that dark day motivated him to do more and serve as many people as he could. 21 years later, he is a Lieutenant at the Cheatham County Sheriff’s Office in Tennessee.

Before arriving in Cheatham County, Ken started out at Westmoreland Police Department, working the overnight patrol shift. As he gained experience in various aspects of law enforcement, he started to realize that his greatest passion was to help solve domestic crimes, holding perpetrators accountable, and bringing closure to the victims. His heart was with people; he wanted to serve families who couldn’t protect themselves and ensure they could move onto a safer environment. Cheatham County had a need for an officer like Ken, so the Sheriff’s Office became Ken’s long-term home in 2006.

When you find Cheatham County on a map, it may appear like a quiet, rural area that doesn’t have to deal with serious crime. But this appearance is misleading. While it does only have 43,000 residents, crime in the surrounding cities of Nashville, Clarksville and Springfield spill into Cheatham County. Ken confirmed the types of crime in Nashville will also be found in Cheatham County. In fact, some criminals are aware that there are less law enforcement resources in Cheatham County than in the cities – the Sheriff’s department typically has 4 patrol deputies per shift – so they take advantage of the situation.

Like in many other parts of America, drug crime and activity are massive problems in Cheatham County. With the opioid crisis, there have already been more overdoses in 2022 than 2021 and there are still two months left in the year. Ken estimated that 90% of the assaults he deals with are related to drug activity. He couldn’t even think of a family, including his own, that has not been affected by the drug crisis to some degree.

In response to this crisis, the Sheriff’s Office is seeking to take a wholistic approach. Ken spoke highly of the new Sheriff Tim Binkley, who has been working at the agency for more than 30 years. Sheriff Binkley’s vision acknowledges that while making arrests is very important, that can only help the community so much if they do not help people stay off drugs and overcome addictions. Therefore, Cheatham County has started drug court programs and partnered with anti-drug coalitions and counseling programs. While the deputies cannot directly provide these types of services, they can point people to organizations who can.

These decisions underscore the agency’s commitment to solve the deeper community problems, rather than only focus on the crime aspect. Ideally, the Sheriff’s Office wants to learn about problems before they escalate into crime. Ken encourages troubled residents to talk with a deputy sooner than later; Get help from local resources before a crisis, instead of having to interact with law enforcement after a crisis. He even exclaimed, “Bring your kids!” The message is clear: Let us get to know your families before a crisis occurs. But even for those who don’t trust law enforcement, Ken’s message is: “If you’re angry with us today, but need us tomorrow, we will be there.”

From an agency perspective, this commitment to communicate with the public is embodied by their new facility. They moved into the building in 2021 and have received positive feedback from citizens, who voiced that it is more inviting than the previous, imposing courthouse. Ken can sense that the larger, cleaner building allows visitors to feel more welcomed and makes residents more willing to interact with the deputies. Even arrested individuals have expressed appreciation for having a nicer environment to go through the process in.

Ken’s care for vulnerable people and his agency’s community-centered mission challenge some negative stereotypes about law enforcement officers. The goal is not to make as many arrests as possible; the goal is to make the community a better place to live in. Ken would much rather “help a problem, than have to make an arrest.” The goal is also not salary related; Ken shared that most officers he knows are working a second job to provide for their families. On top of that, Ken is not under the illusion that he and his colleagues are in a special class: “We are just people like you,” said Ken with reference to the public. “We bleed, get sick, and have death in our families just like you.” He would love for the public to really understand that and realize that officers want healthy communities for their own families as well.

WORDS FOR THE FUTURE

For prospective officers who are thinking about getting into the profession, Ken’s advice is down to earth. He recommends that when anger and opposition comes, “don’t take things personally” – critical advice for anyone who wants to have a long, resilient career in law enforcement. He also gave a heads up that there will be heartbreak in the profession, but he still believes that law enforcement is the most rewarding career one can experience. Ken adamantly declares, “It is the most satisfying and rewarding thing I’ve ever done.”

Once Ken is ready to move on from law enforcement, he will likely apply the skills he has gained over the last 20 years to whatever he does next. His interest in technology and his passion to serve others will surely translate to a productive life after law enforcement.

September 11th was an ugly day in American history, but out of the ashes, Americans rose to demonstrate courage and service that otherwise would not have been displayed. Cheatham County is fortunate that Ken Miller was one of those Americans who answered the call to serve.

* The goal of our customer profiles is to recognize and honor those who serve. We want to put a spotlight on their critical work to increase our appreciation for them.